Freevolution
The Gift Economy Movement
Contact
Join!
What we do
Free Pass
About us
Blog
Skip to content 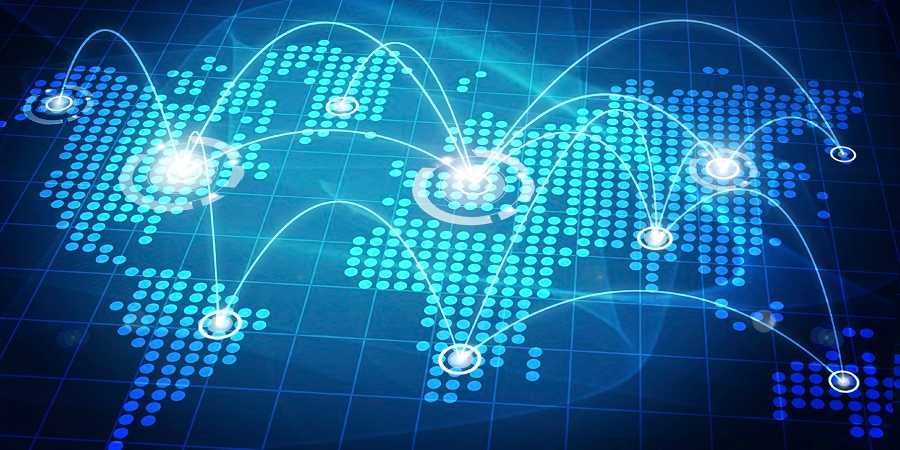 Imagine a world where everything is free…

That’s of course not possible, but I started doing just that. Everything seems impossible until it’s done.
This year I started to give free lessons in Meditation, Yoga, Breathwork, Fitness, Surfing, plant based Nutrition and Permaculture under the name of the Freevolution Movement.

Because I believe that with this idea, we – one by one – can change the world and make it to a happier and even more beautiful place. A place without war, injustice and exploitation of nature.

And it’s actually possible, if you look at our history, the majority of times tremendous changes weren’t coming from governments or the ruling class, but from below, the little people like you and me. Therefore I believe we as a group when we come together can change anything.

To put it in other words: Whether your vote in the next election makes a difference or not is one thing, the vote you have every time you spend money surely gets counted and is much more powerful. So, by choosing where our money, time and effort goes, we choose the direction of our future on this planet, that simple. The foundation of our economy, supply and demand. So it’s in our hands if our story ends in the next 100 years with war, climate catastrophes, fatal diseases or if not and if so how the story continues.

Some people ask me how to do that in a world where everyone is just after their own good? I disagree on that. There’s the theory of Maslows hierarchy of needs, which is a wide-spread accepted theory amongst sociologists and it goes like this,

In a world where essential needs like shelter, food and safety are covered, people start to seek for higher values like friendship, meaning, love and something called self-actualisation. Which you can translate with doing something for the greater good. So according to sociology after securing their own survival people aren’t essentially bad. Sometimes though people get misdirected and try to reach these values through fraud, theft, drugs, suppressing others and so on, but without success and you might be surprised but that’s actually a minority. So again, the majority of people aren’t bad.

So, by doing things for free we not only reach our own self-actualisation, we also make it accessible to others, which in turn keeps our own bases like nutrition and safety secured. Because the more people work this gift economy, the more sustainable it will be. As a nice little side effect it allows us to do what we love and replace the short-lived joy through money with real happiness .

To support that point: If you go and ask people what made them do their jobs in the first place it’s often because they once have been passionate for it. The farmer loved to farm, the carpenter loved making products out of wood, the techie loved getting creative in programming. If you ask them why they hate their jobs now, it’s mostly because they work their asses off in order to make money in order to have more free time doing what they love. You see the irony?

And that’s a vicious cycle and that’s why after recognising it, I was determined to break out of it and created the Freevolution Movement, where I offer to share tuition and food, that I could get paid good money for, for free.

Of course, to break out of such a vicious cycle is always a bold move. But in order to change things for the better, we sometimes need to be brave. So I encourage you to be bold, to do something and be the change you wanna see in the world. Join me in this movement. 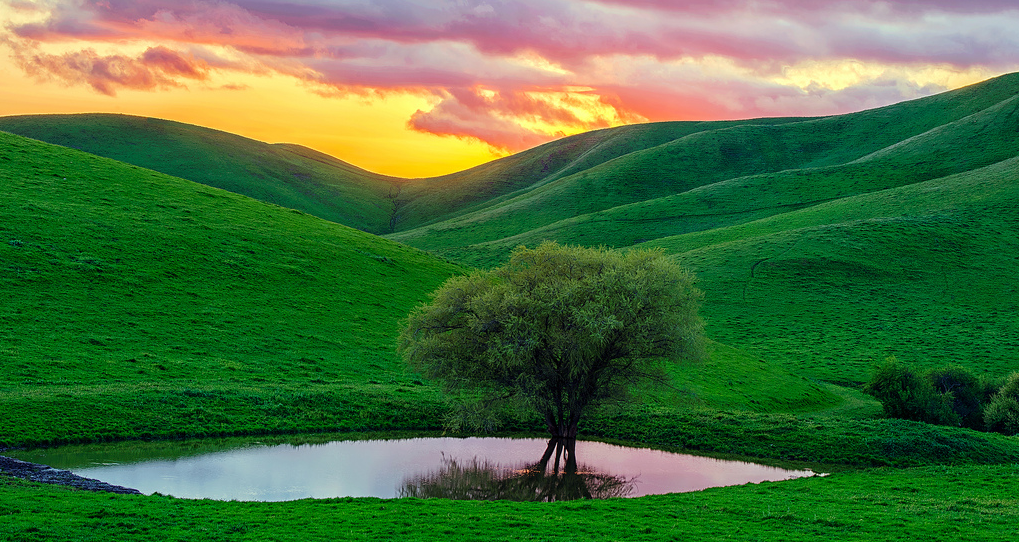 Why do we treat diamonds with care?

Because they’re beautiful, precious and seldom.

With an undeniable recession of earth’s resources, we need to recognize again that this is also true for natural resources and reclaim their true value. A value not measurable with money.

Treat nature with the care you treat diamonds, because you can’t eat skyscrapers, drink swimming pools and breathe wifi. Less is more. 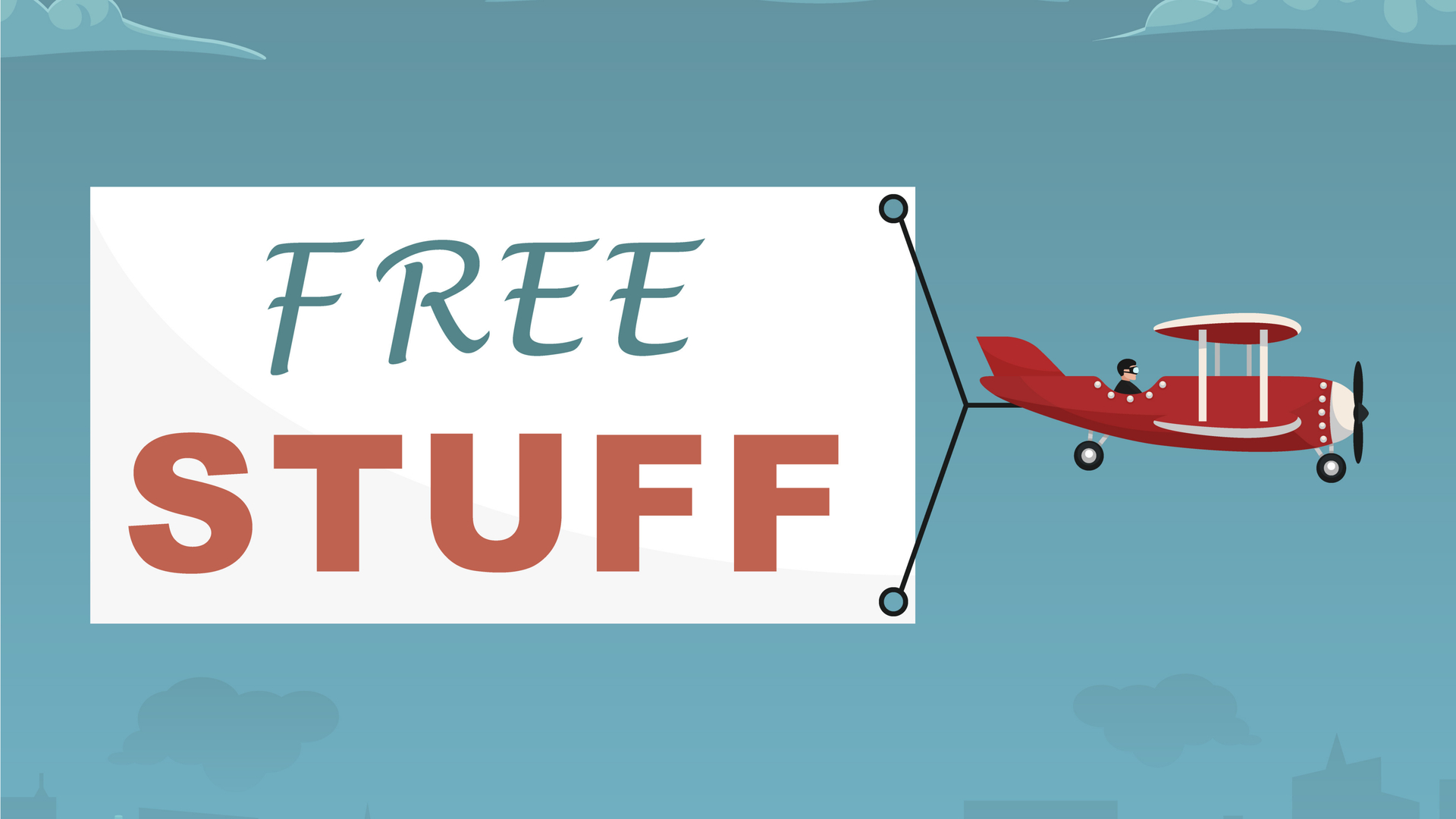 Hi, my name is Dan. Recently I started giving away free Workshops in topics that I could and have charged reasonable money for. The reason for that goes back a few thoughts…

I don’t think that we can build a healthy society on the shoulders of money, which is inevitably creating unfairness when it’s used in a world where we can’t escape the imposed believe that we weren’t able live without money. In most of this world’s countries, this mindset means that if you’re not enslaving yourself to work for money, you won’t be permitted land or a place to stay, which should be our birthright on this planet. I also think that should change.

A widely accepted theory goes that there’s a hiararchy of needs in a human. In this list needs there’s next to obvious things like water, food and shelter, also a feeling of belonging, friendship, respect and most importantly self-actualization, which means becoming the best person that one can possibly strive for in the service of both the self and others. Therefore I think we can change this system for the better.

Yes, I do think it’s possible to build a global society that cares for, helps and shares with each other. Without having to make others suffer everytime you do something for your own good. On these pillars (caring, sharing, helping, loving, being kind) we can build a healthy society which then will take care of doing good by itself and without an enormous effort. But I do not think there’s any other way possible for humanity to continue on this planet. That’s why I’m here.

I’m offering tuition that I formerly got paid for for free and try to increase my own givings as much as possible and encourage anyone to do the same in order to create a GLOBAL gift economy, where everything is free. Since you all might wonder how I can afford this, it’s firstly because I live with less materialistic bullshit, but more happiness instead, but also funded by money donations, which ultimately won’t be neccessary anymore as soon as enough people joined the circle, not only here, but all over the world! 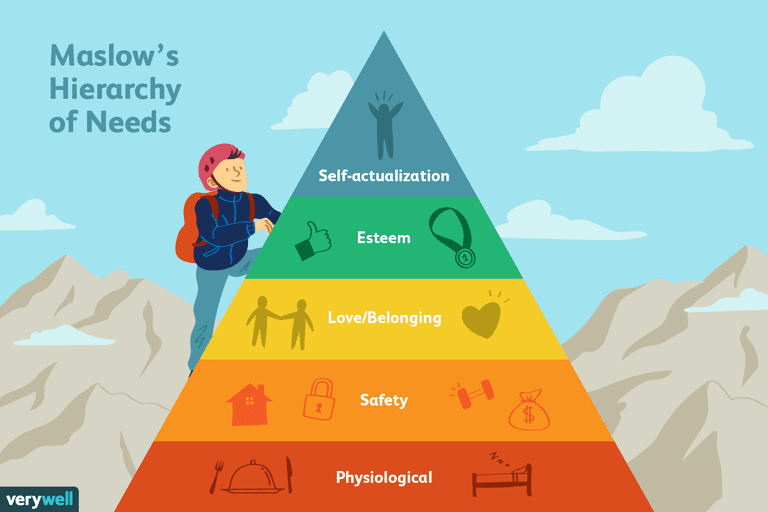 Being successful in life as in any other category mostly is lots easier when you have covered your bases. What is the base of life? For that it’s probably quite functional to look at the theory of the hierarchy of needs.

In our developed countries most people got the first two parts always covered, where most people here have an insufficiency is love, esteem which makes self-actualization rather improbable to achieve.

You can see this in our behavior quite well; we either try to distract ourselves from the lack of these essentials (drugs, tv, movies, games, extreme sports, …) or we form an addictive behavior towards what we’re lacking and try to cheat our way into having it (career, sports, money, suppression of  others, …). Mind you, I’m not saying any of the distractive behaviors is bad, but if our needs aren’t covered first, it most likely will keep you from covering them (which is also valid for the cheats). If – or rather: as – this doesn’t work out for us, we enter depression, anxiety or aggression.

So, how do we cover these bases then? Well, there is a no-cheat cheat. It could seem like that we are dependent on external forces in order to achieve this, say to get respected, recognized, to be loved and receive a sense of connection. It only seems like that though. It’s already inside of us, the love, the self-worth, the belonging, all of it.

It might be hard for some people after all that cheating and distracting to allow this to come to the surface. But here comes the cheat: Just be friendly and nice to others, respect, love and appreciate someone (or better everyone) and be free just by questioning everything (like allowing your opinion to be changed, that’s ok). In turn mostly you’ll be treated friendly, respected, loved, recognized, stronger than ever before and most importantly free! Cheat complete.

Now you enter the next phase and fulfill yourself. Note: I didn’t say “you will”, or “you can”, but most likely once you’ve covered the bases, you’ll already be there. And isn’t that successful?

In other words: Just be nice!
Love and kindness.

How’s this related to the Freevolution Movement? Simple, we preach and practice precisely this – self-actualization, which means sharing! Wanting to say, joining this free movement might be the best cheat towards a successful life! And here’s a link for you: How can you get involved? 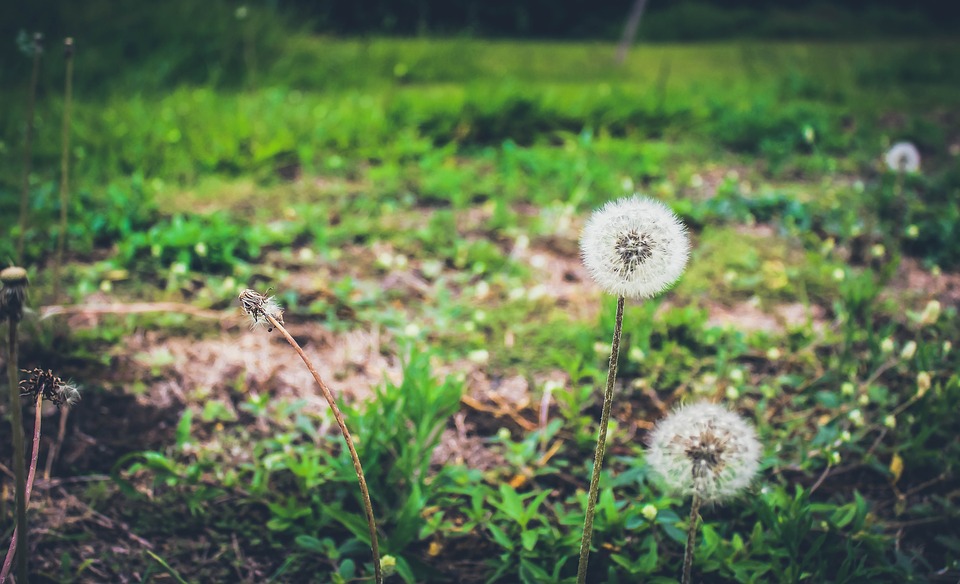 The answer is simple: Because we are not satisfied with the status quo and there’s just no project or movement that we know of, that is extreme enough to actually correct the severe problems we’re facing.

We need change. Fast and without a fuzz. That’s what we do.

This approach to change the economy might be radical or even seem impossible to accomplish for many of us. But it’s the only way that makes sense if you think about it.

The current economy has proven again and again that when shit hits the fan, everything goes back to greed and hording, because this is how the system works: Competition has become the main focus of our lives. We want to be top of the line, even if it’s just in the computer world of facebook, instagram and snapchat.

All the while it would make so much more sense to revert back to a system that could provide harmony, happiness, wealth, is truly economic and most importantly catches any setback just as it comes up: Cooperation is the name of the game. No, not corporations, but co-operation!

Now, before your ego comes in the way because it has gotten so addicted to the cushy feeling of having money, but ignores the icky feeling of not having enough, let me just give you one striking example for co-operation, that destroys any argument for the benefits of competition: Imagine a world that was built on cooperative help, on coming together and on the shared will to evolving and getting better. Imagine how many inventions could’ve been built already and how technically and mentally evolved we could already be – without the constant setback of war!

If we wouldn’t have bombed, destroyed and killed each other back to stoneage every few decades, we could’ve went so far already! We can’t go back in time of course, but we could proceed with that mindset from here on.

Alright, if your mind keeps rambling on, for all the pubescent ideas that might come to someones mind after hearing such an exotic measurement:

Finally, this is one of the reasons why this movement came to existence and why it is important. There’s just nothing else out there that currently tackles these problems in a globally actionable manner. Do your part if you’re convinced. 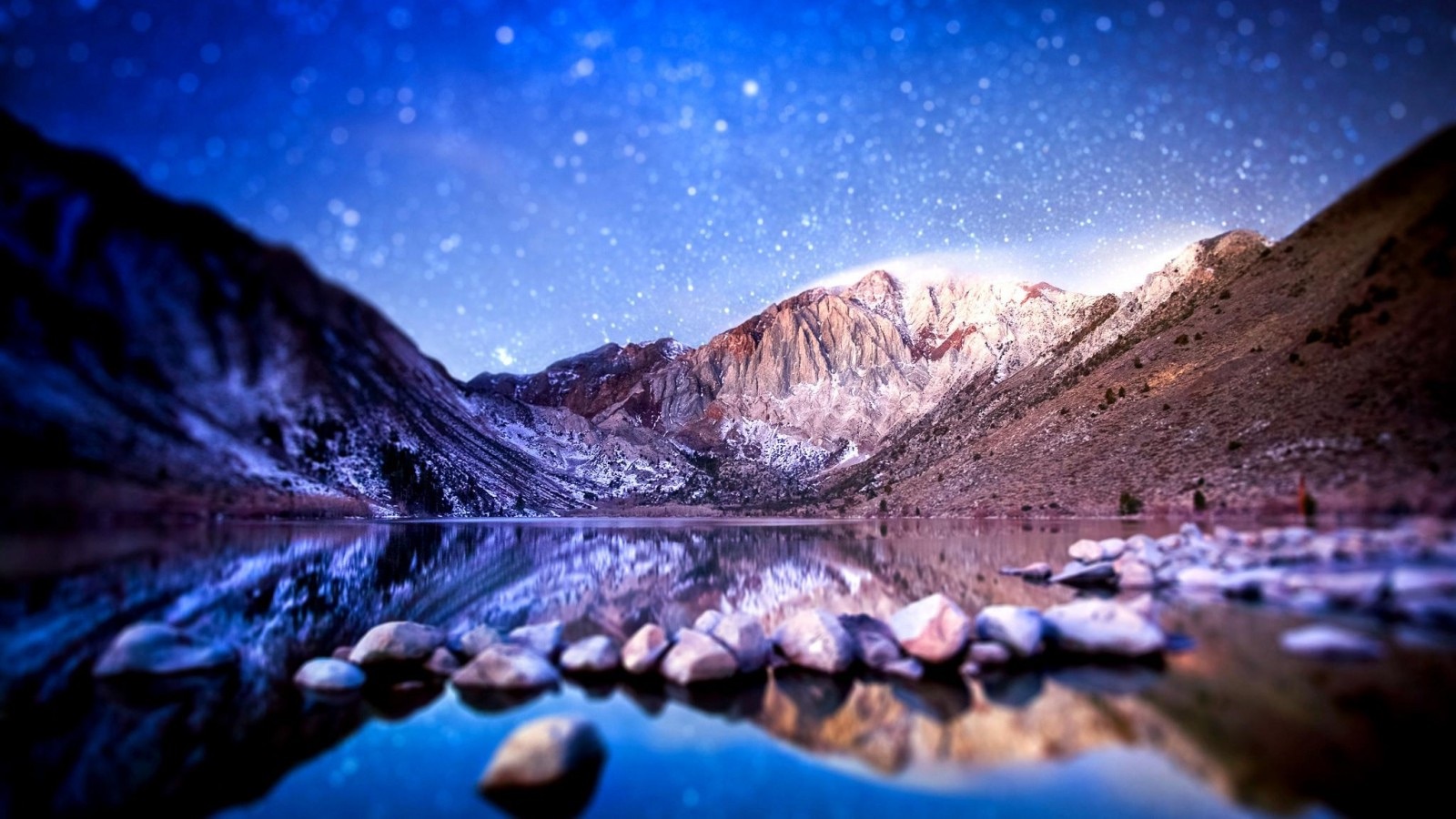 You found us, that’s sick! Now to get you started, you should check out our website – if you haven’t yet. Most answers will be questioned there and if not you can always contact us. Here’s the link to the Freevolution Movement.

In the future you’ll find more and more articles about living the life! Happy and healthy, with no bullshit. The ideology of this movement is to make everything free, liberating us from the mental slavery that we carry with us and actually making sense of your life!